Jeff Scher used PanPastel Colors for most of the backgrounds when he created the artwork for two recent videos. “The Number on Great-Grandpa’s Arm” (HBO) and “The President Sang Amazing Grace” (Joan Baez). 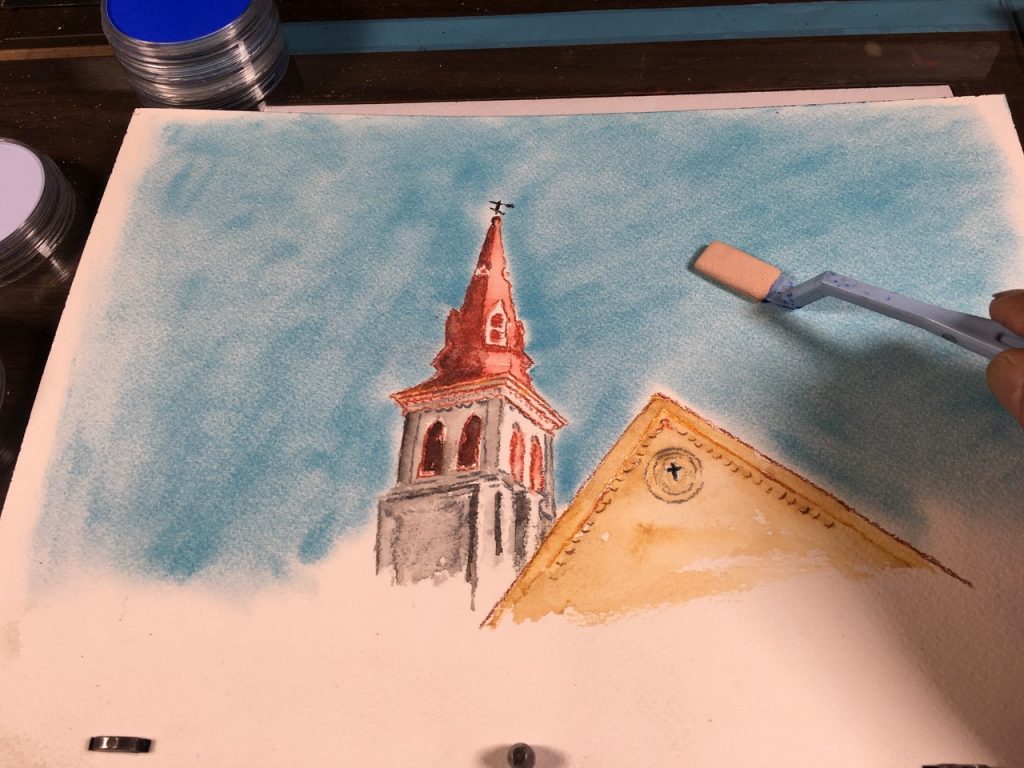 The following is a behind the scenes video for the HBO documentary, showing Jeff’s process. PanPastel features at 2:00 in the video. The finished video can be seen here: hbo.com/documentaries/

In the next video – Jeff used PanPastel throughout, especially for the skies and sea.

Here is a great article about the “President Sang Amazing Grace” video: rollingstone.com

Jeff Scher is a painter who makes experimental films and an experimental filmmaker who paints. His work is in the permanent collection of the Museum of Modern Art and the Hirshhorn Museum, and has been screened at the Guggenheim Museum, the Pompidou Center in Paris, the San Francisco Museum of Modern Art, and at many film festivals around the world, including opening night at the New York Film Festival. Mr. Scher has also had two solo shows of his paintings, which have also been included in many group shows in New York galleries. Additionally, he has created commissioned work for HBO, HBO Family, PBS, the Sundance Channel and more. Mr. Scher teaches graduate courses at the School of Visual Arts and at NYU Tisch School of the Arts Kanbar Institute of Film & Television’s Animation program.