The recent December 2015 issue of UK magazine “The Artist” features an excellent article by Robert Dutton. The article certainly lives up to its title “Innovative Colour with PanPastel”, as Robert explores using PanPastel Colors in several directions for his work. As Robert experimented with PanPastel he also compiled a list of handy tips for using the colors, which are included in the article.

Robert says “You really do feel like you are “painting” with pastels when using the (Sofft) sponges.” To see the full article visit: The Artist Article. 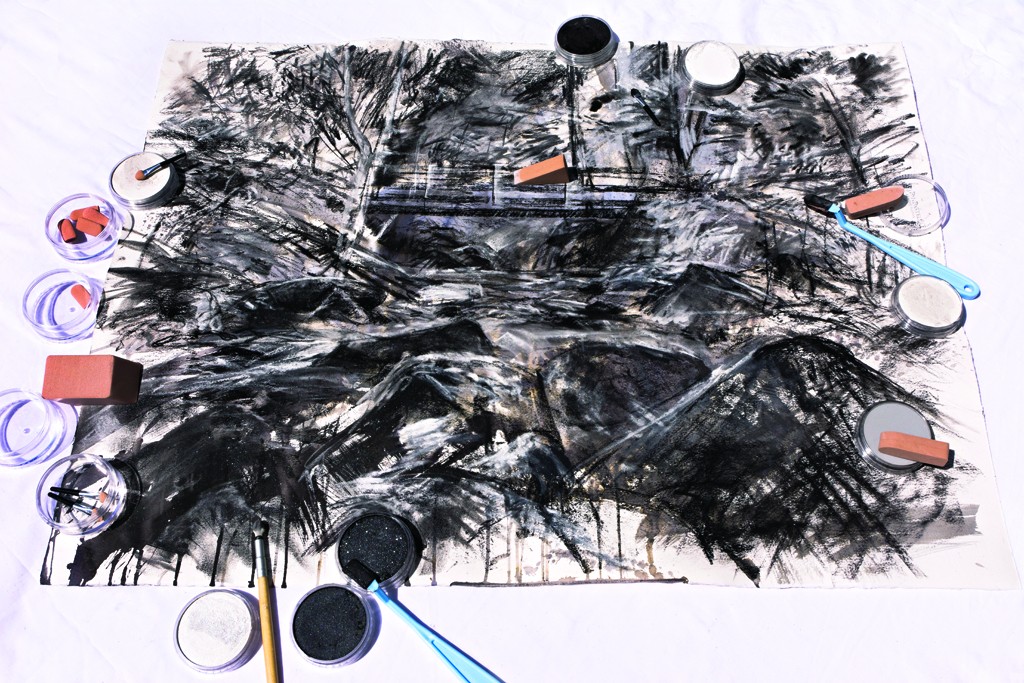 In the mixed media piece above Robert used PanPastel over a foundation of inks, black & white gouache, charcoal and black acrylic paint. He uses PanPastel Pearl Mediums black and white (fine & coarse) along with Neutral Greys (820.1/2/3), black (800.5) and Titanium White (100.5) using Sofft Sponge to create a variety of expressive marks. 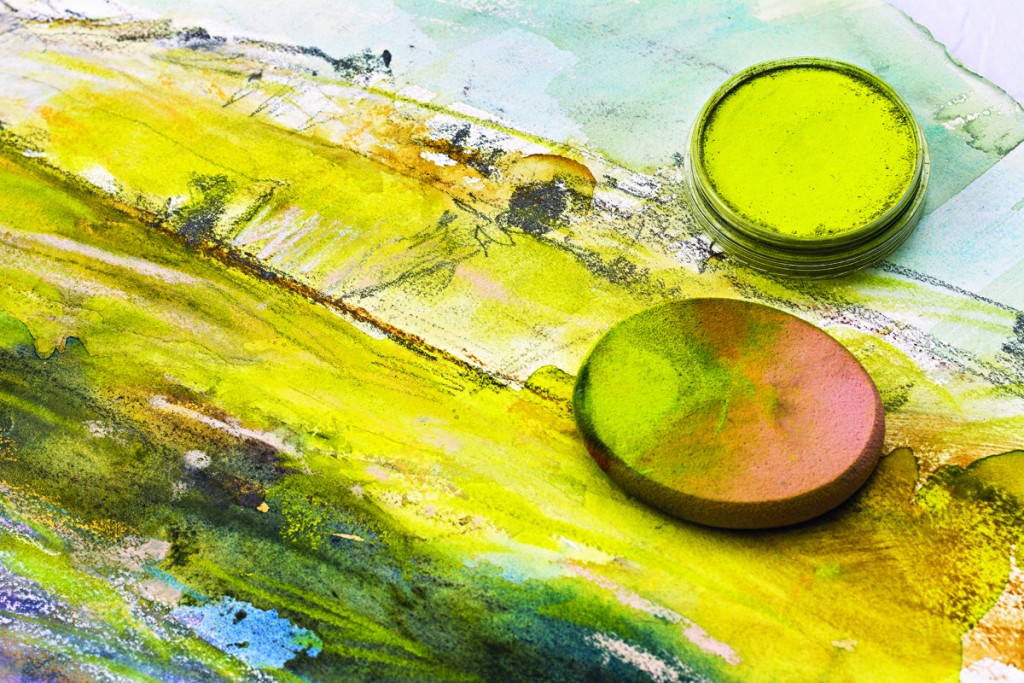 “Gordle Scar” above was painted on Canson Moulin du Roy (N0t 140lb) paper. Over this mixed media painting, which was created with several layers of acrylic ink and gouache wash, Robert says he used PanPastel Bright Yellow Green Shade (680.3) “with open and loose marks to maintain the spontaneity, freshness and expressive feeling” that he wanted to capture. 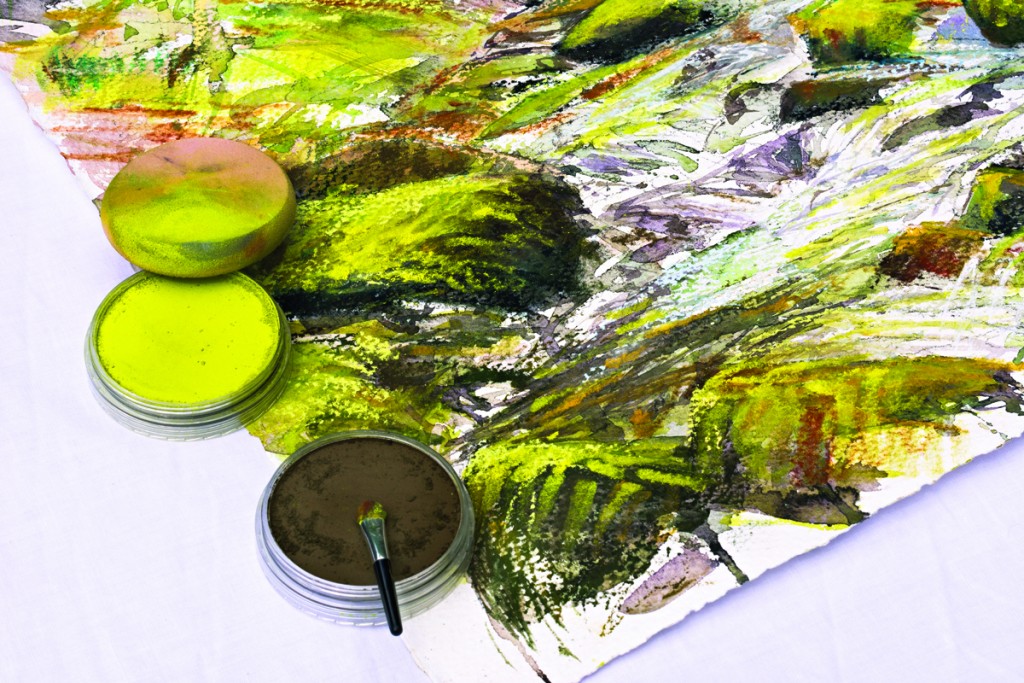 On Sparkling Sunlight above Robert applied PanPastel over the initial watercolour and gouache washes to add “instant brightness and depth”. 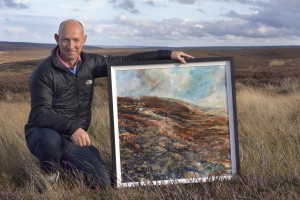 Robert Dutton is quickly becoming one of the UK’s best known and respected contemporary fine artists. He has a 30 year track record of professional creative activity, to include an extensive career as a professional Graphic Designer and Illustrator, working for many blue chip and leading financial companies such as KPMG and PwC.

Robert now works as a self employed fine artist and tutor, winning fine art awards regularly for his distinctive and expressive style of work in numerous international competitions.

He has won several awards and exhibits throughout the UK with a wide range of prestigious galleries (including the Mall Galleries and Royal Academy). His work can also be found in numerous public and private collections throughout the United Kingdom, Canada, Australia, New Zealand and the United States of America.

He has travelled extensively in search of overseas subjects (including the South of France, Venice and New York), which he captures with strong visual colourful presence and a modern impressionistic style. However, it is his beloved Pennine moors and Dales landscapes and hidden corners along the UK coast which are his main creative inspirations.

Expressing these delicate fragile landscapes with a rich use of painting materials has led Robert to often combine media together to both ‘draw and paint’ within any given painting at one time. Subsequently, each expressive finished painting becomes a tangible sensual response to his subject – with eye catching surface textures and passages of paint hovering in balance between spontaneity, calculation and control.

Other aspects of Robert’s award winning fine art is concerned with depicting wildlife in the context within its native habitat, to look beyond an expected close up and to reveal something new, unseen, or previously unappreciated perhaps by the viewer and an expression of how it felt to be there.