My favorite teacup (Bodum) along with a couple of tomatoes give me an excuse to work on this still life. The painting is developed on and off over 3 days. 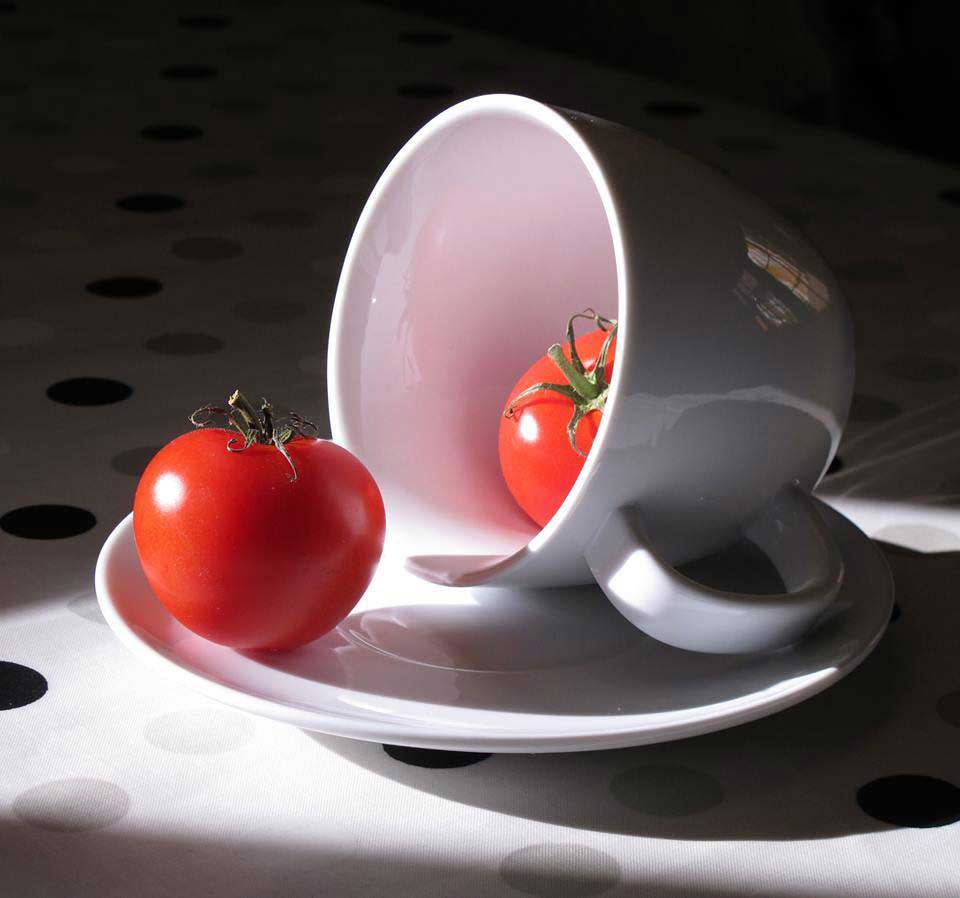 I set up and photograph the still life (above). Then I make ​​a grid on the image in Photoshop Elements. I will be using an 80 Color set of PanPastel Colors along with Sofft Tools and will be painting on Murano (160g pastel paper). 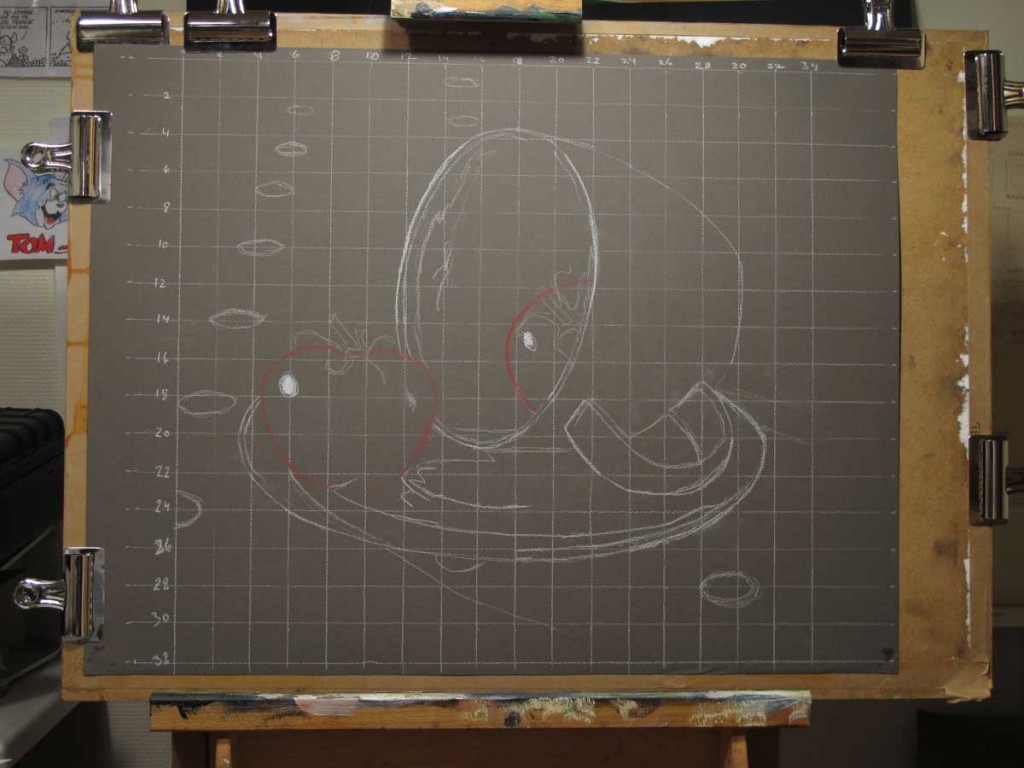 The next step was to map a 3x3cm (1×1″) grid on a 50x65cm (20×26″) sheet of pastel paper using pastel pencils before transferring the subject from the photograph. It’s important to pay attention to the numbers at this stage to ensure they correspond with the grid in the photograph – that way it is easier to keep track of the layout. 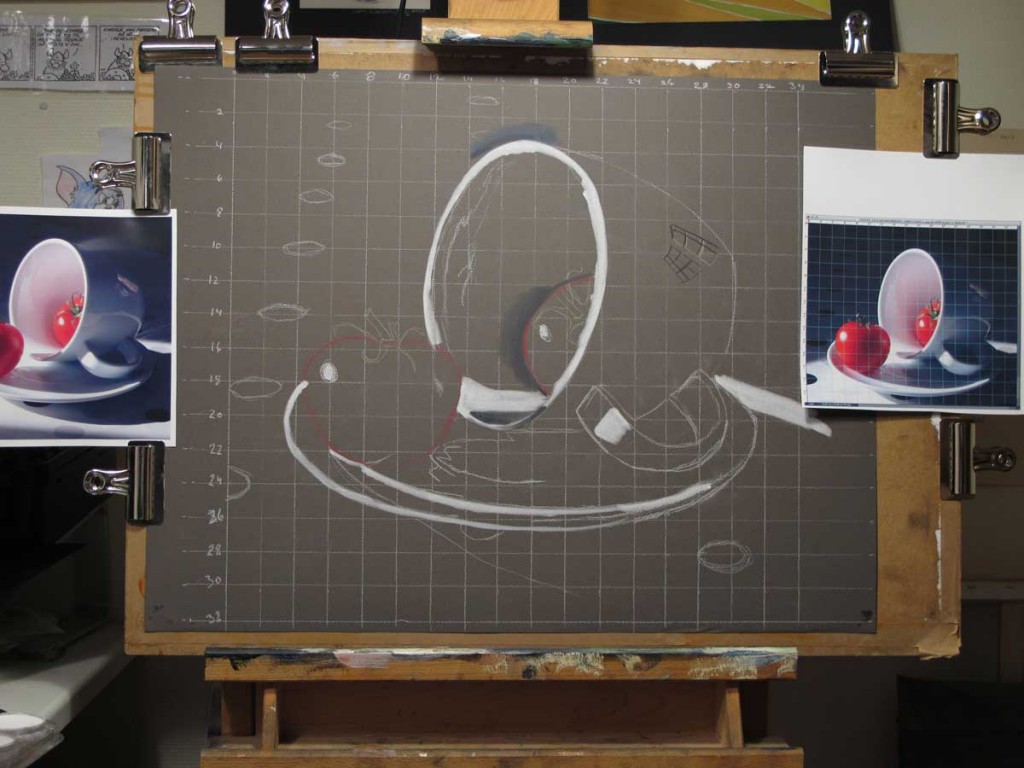 The brightest parts of the still life are marked off with a Sofft Painting Knife. I used the oval shape knife. I use the photograph that has been gridded for reference (on the right). 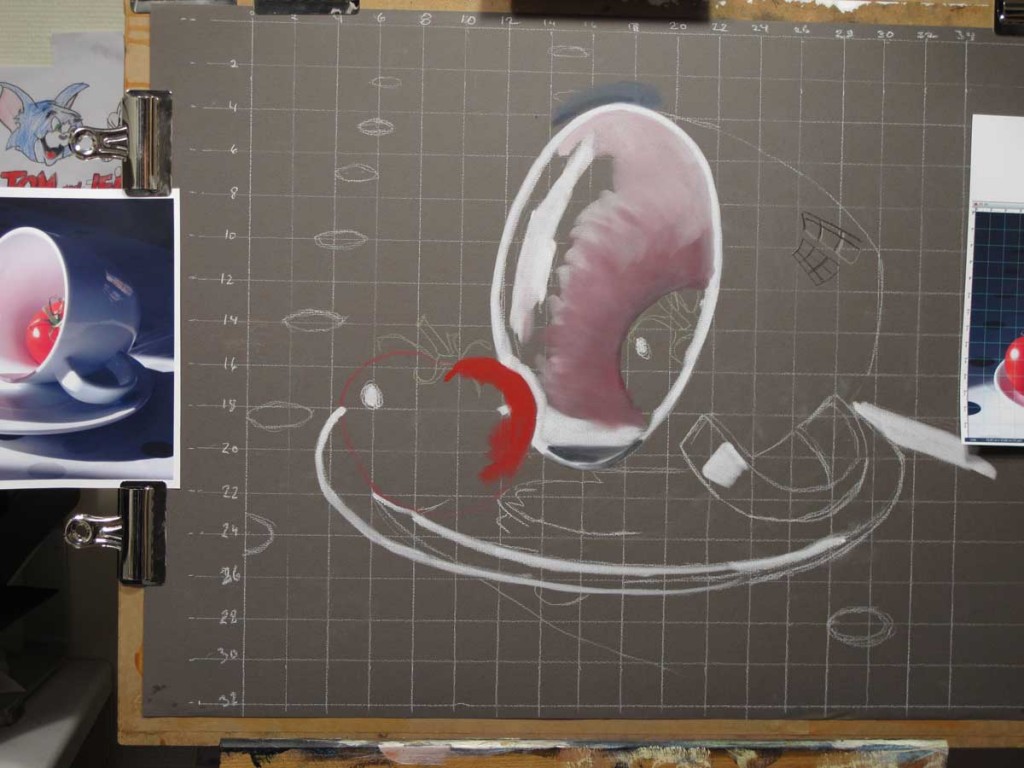 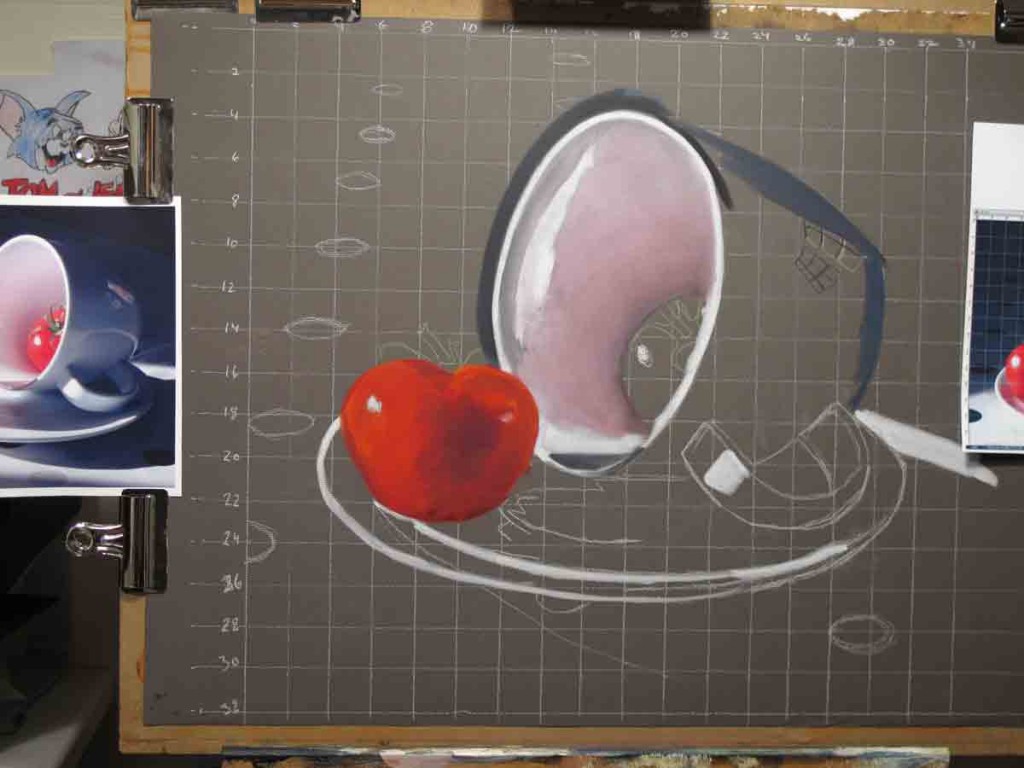 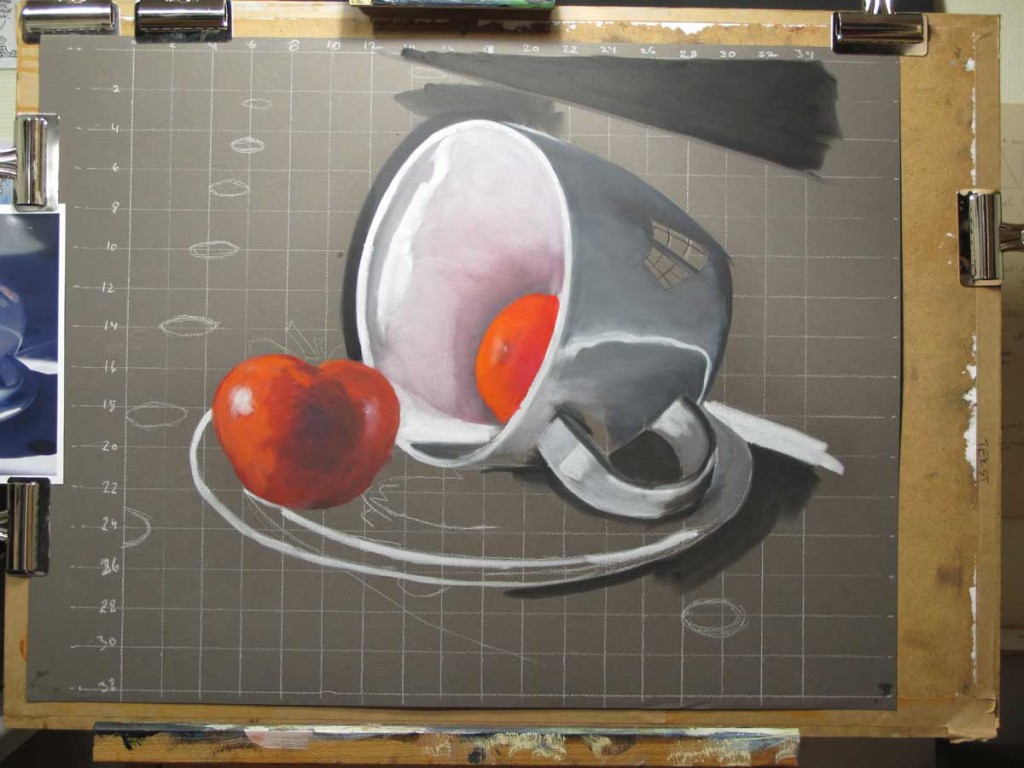 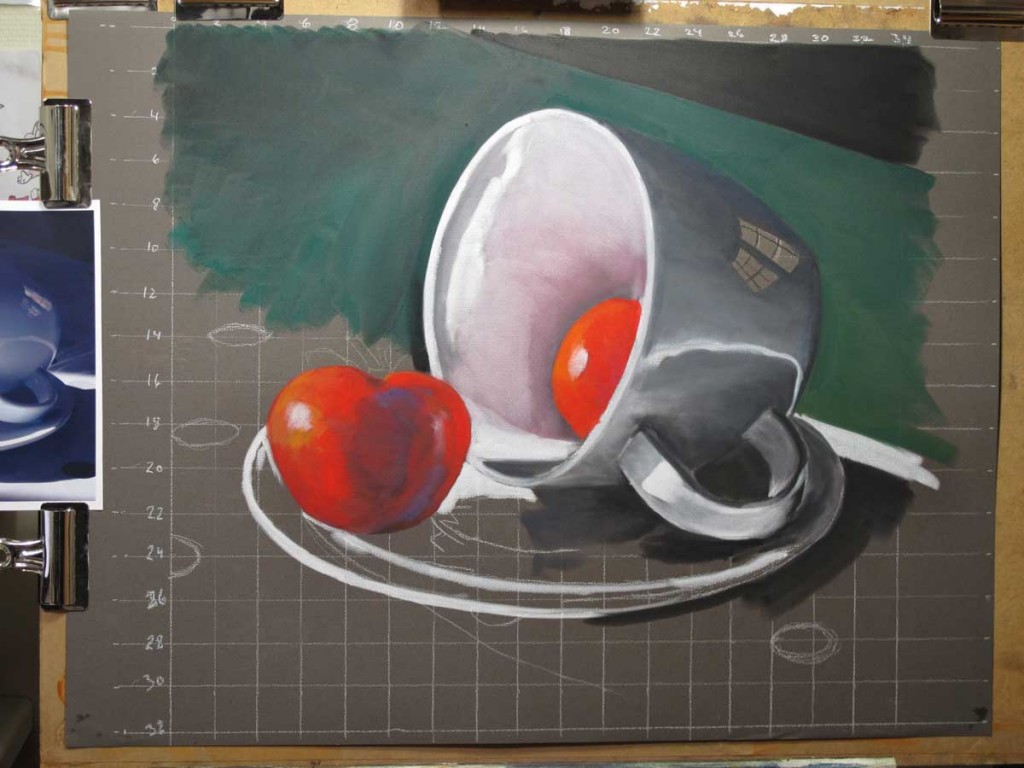 The photo of the still life shows a cloth with dots and the edge of the table as a diagonal line / border out against the black background. I choose a green background instead of the original cloth mainly to highlight the color of the tomatoes. 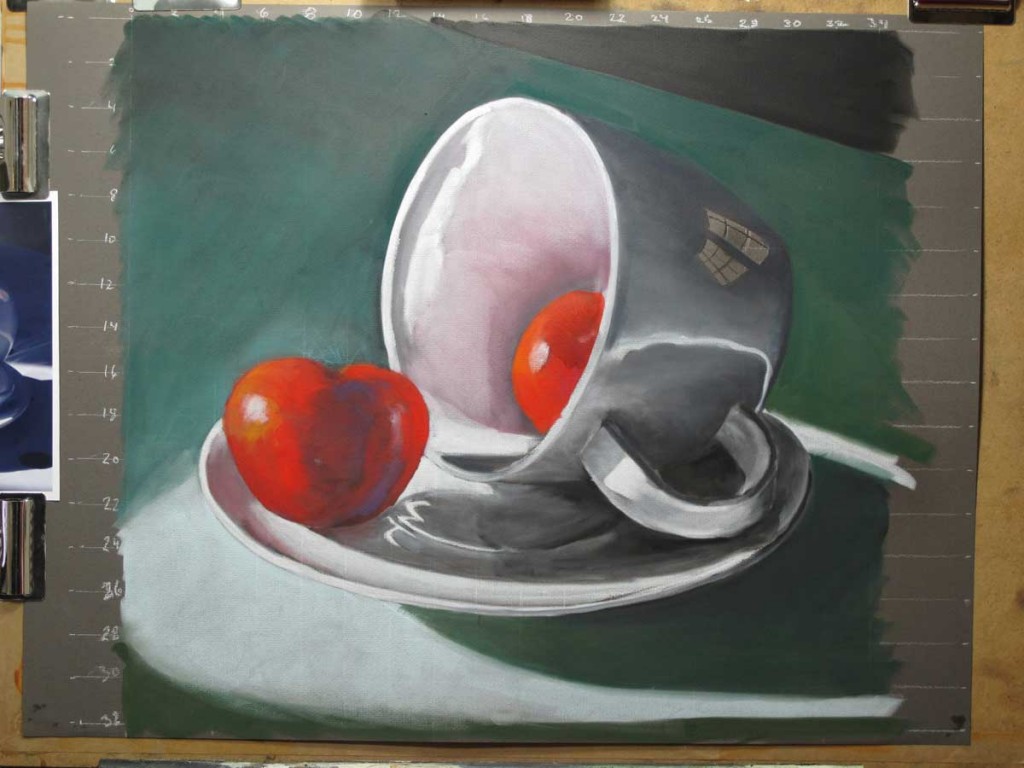 Large parts of the drawing are now more or less in place. I need to add the stem to the tomatoes and reflections on the outside of the cup (the windows to the right in our living room are reflecting some ocher color houses). 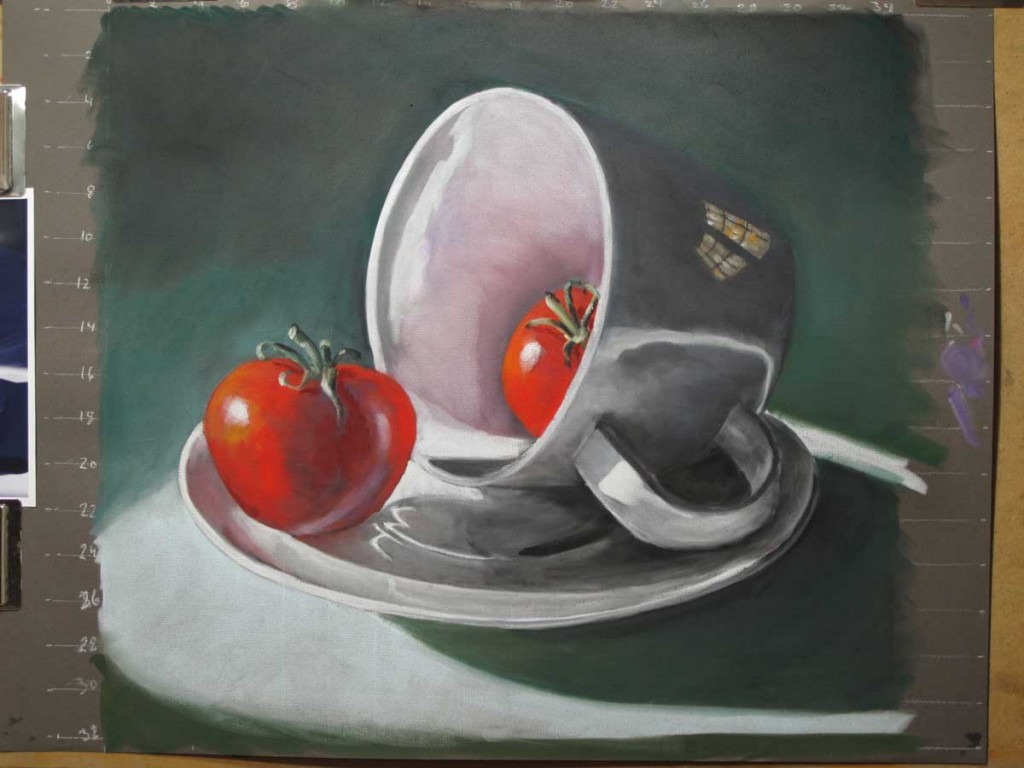 Almost finished.  I adjust the cup shape some more and the reflections. 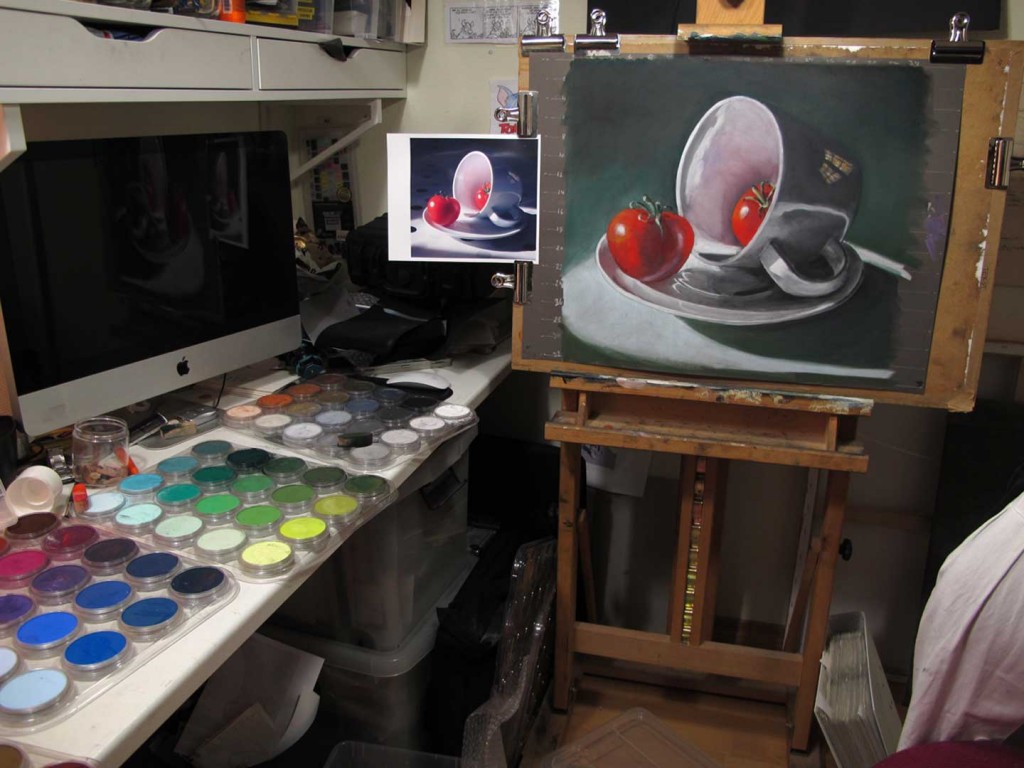 A corner of my working space. Included here to show that an image must “rest” a little so that I can decide what needs to be adjusted. 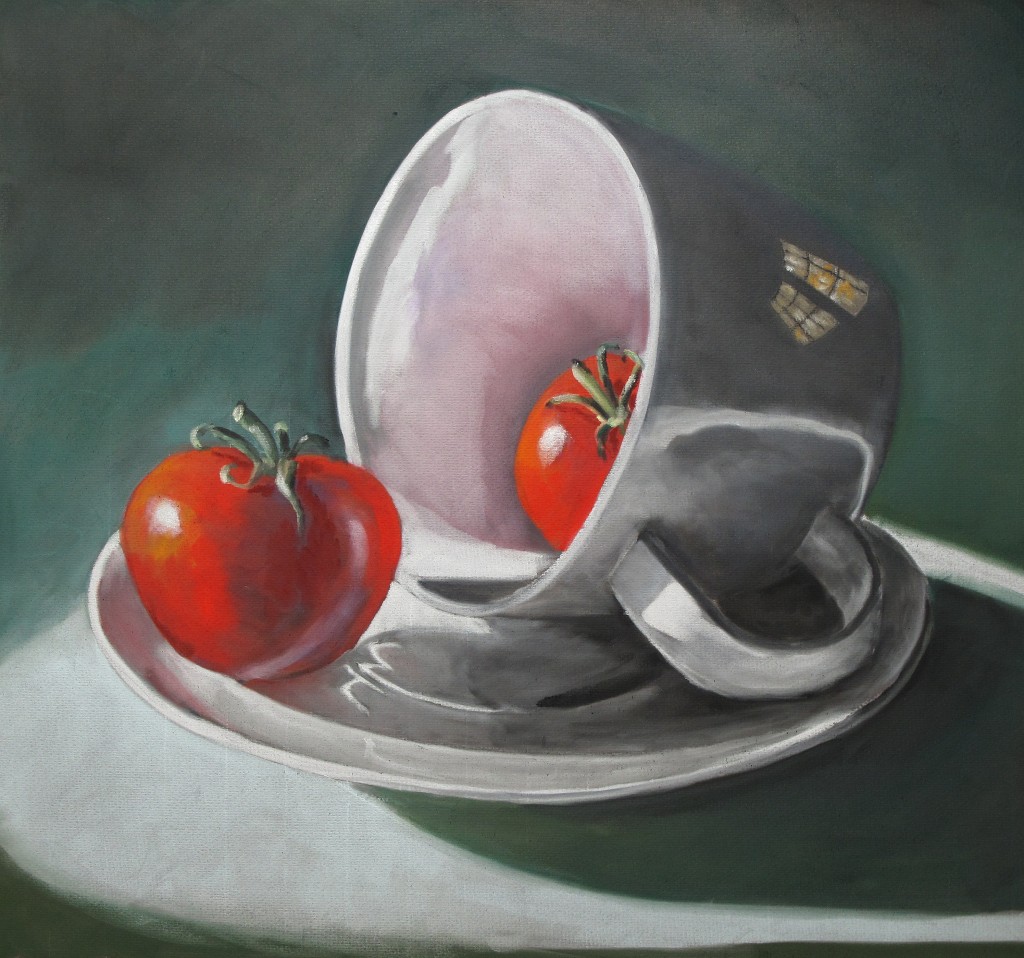 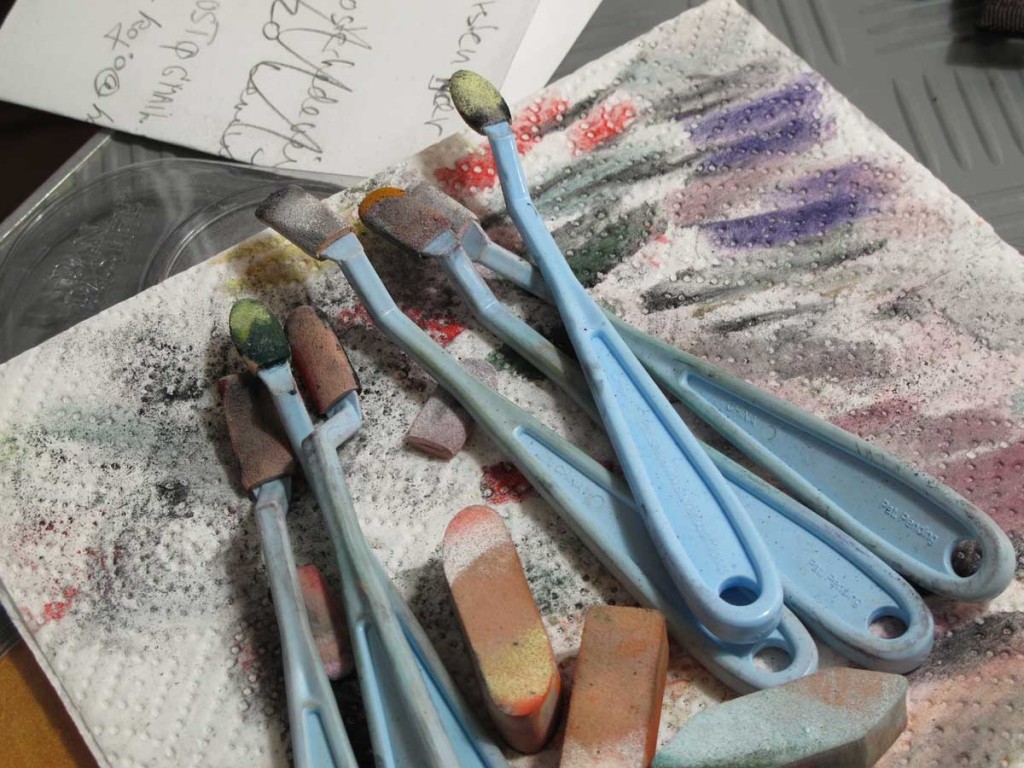 The Sofft Tools that I used, they can be “cleaned” on a paper towel between colors. 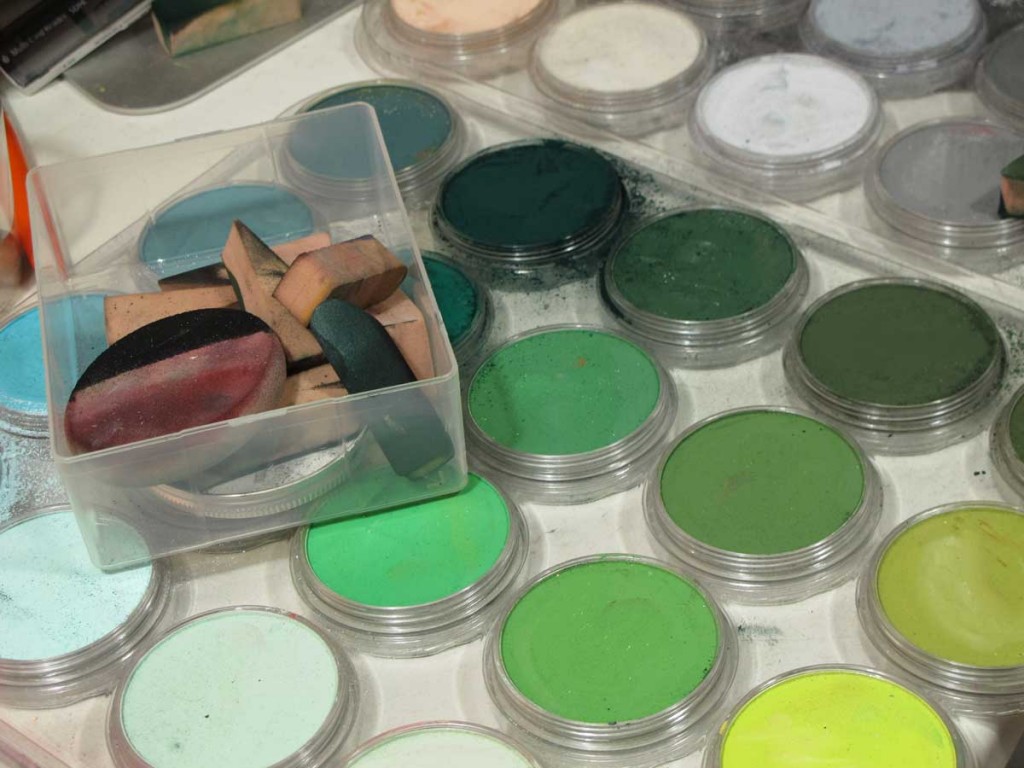 One of my PanPastel palettes.
About Peter Bjorn Nielsen: 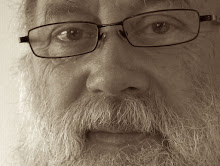 “I was born in Denmark in 1951, I grew up with an easel in the living room, not mine – my mother’s mother was always painting and drawing. I remember a childhood where there was always a pencil within reach. I did like most other kids, I. drew when I was little but that ended at about 12-14 years of age. In high school, I began to do photography, eventually I got my own darkroom where I made lots of black and white prints and enlargements.In 1975 I married Annette and together we have 3 children, 2 in-laws and three grandchildren.

Around 2001 when my Mother gave me a watercolour book and some crayons, I began to slowly see the world around me in a new way. A few years later, I enrolled in a sculpture course, and even later I had the opportunity to take life drawing and basic portrait courses.

In 2007 I started painting with acrylics and pastels and since then, the urge to “make a mess on paper and canvas” is lying just under the surface most of the time.

I am an amateur artist, I do what I do because it brings me joy and relaxation. My drawing space ( 6.2 square meters ) is an important place in our home. For recreation, relaxation and creative work. I am privileged that I have this opportunity… and a wife who thinks it’s ok I spend time on this kind of “work”!”

Peter is retired and lives in Kristiansand, Norway with his wife and Cavalier King Charles Spaniel.